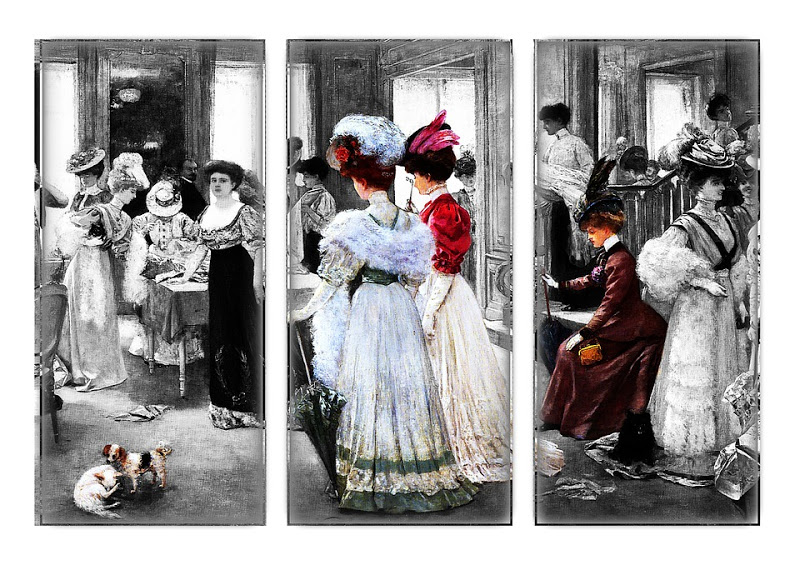 The Colours of the Suffragettes

In 1908, the Women's Social and Political Union or WSPU, adopted the colour scheme of purple, white and green, that would not only distinguish them in their political movement, but would also prove to be a huge marketing success.

Emmeline Pethick-Lawrence, editor of the weekly newspaper, Votes for Women, wrote, 'Purple as everyone knows is the royal colour, it stands for the royal blood that flows in the veins of every suffragette, the instinct of freedom and dignity...white stands for purity in private and public life...green is the colour of hope and the emblem of spring.'

One of the intentions of the colours was to promote public awareness of the depth of the belief for suffrage in England. Women were encouraged to 'wear the colours' to show support for the movement and to stand out in the crowds during public demonstrations. They particularly wanted the men that were opposed to the movement, to be aware of the connection of the colours to the suffrage, in this they succeeded. The characters on many anti-suffrage postcards drawn by male artists of that period, were often draped in sashes and banners of purple white and green, presuming that a suffragette would be recognised by her colours, even by the opposition of the movement.

The head of the WSPU was Emmeline Pankhurst, and her daughter Sylvia was their official artist. She was a painter and designer of very high quality and her imaginative artwork was an invaluable contribution to the WSPU. She designed banners, flags, gifts and memorabilia, including badges and tea sets. The badges and buttons usually had the initials 'WSPU' or 'Votes for Women' and proved to be very popular, often worn on dresses and other clothing.

Large fashionable stores in London's West End, such as Dickens and Jones, Swan and Edgar, Derry and Toms, Lilley and Skinner, Burberry and Peter Robinson, were among the shops that advertised frequently in Votes for Women, often taking a full-page advertisement. This greatly increased the paper's profits, selling at its peak, forty thousand copies weekly. Votes for Women would support the shops by encouraging readers to wear clothes in the official colours for public processions and so a good business relationship formed between the two.

It was important to the women to be feminine in their appearance and not to appear mannish, as the opposition like to render them. They would often wear dresses of white delicate fabrics, with purple and green sashes. Christabel Pankhurst implored, 'Suffragettes must not be dowdy.' Selfridges in particular stocked a wide range of stylish clothes in delicate fabrics, to accentuate their femininity.

The shoe shop, Lilley and Skinner, displayed in their window, shoes in the WSPU colours and Derry and Toms even sold tricolour underwear in purple, white and green!  The Elswick Cycle Company in Newcastle, marketed the Elswick bicycle for ladies, enamelled in the WSPU colours. Mappen and Webb, the London jewellers, issued a catalogue of suffragette jewellery for Christmas in 1908. Brooches and badges were also worn in support of the movement, with many commissioned in honour of the suffragettes who were imprisoned for the cause, notably the Holloway brooch, which is now one of a collection in the London Museum.

Expensive dresses, coats, hats, furs and drapery were sold in the West End stores, while other merchandise such as household items, including china, tablecloths, confectionery and birthday cakes, could be bought in other retail outlets.

In addition to individual donations, merchandise in the tricolours proved to be a major factor in the financial success of the WSPU and gained them a stronger political advantage. 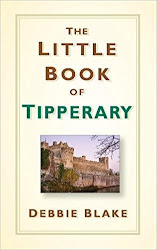